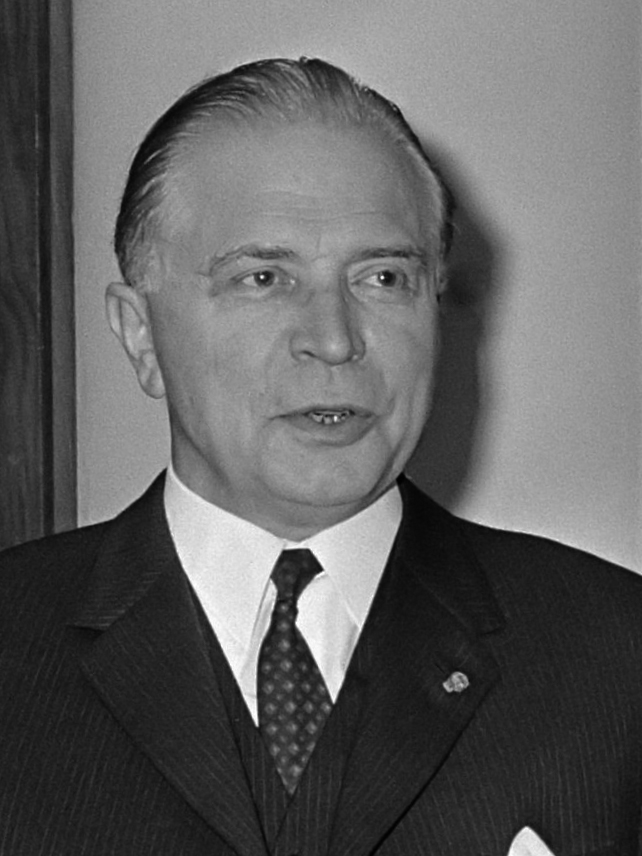 Gaston François Marie, viscount Eyskens (1 April 1905 – 3 January 1988) was a Christian democratic politician and prime minister of Belgium. He was also an economist and member of the Belgian Christian Social Party (CVP-PSC).

He served three terms as the prime minister of Belgium, holding the position from 1949 to 1950, 1958 to 1961 and 1968 to 1973. During his periods in office, Eyskens was confronted with major ideological and linguistic conflicts within Belgium including the Royal Question in 1950, the School War in 1958, the independence of the Belgian Congo in 1960 and the split of the University of Leuven in 1970. He oversaw the first steps towards the federalization of Belgium (constitutional reform of 1970). Provided by Wikipedia
1