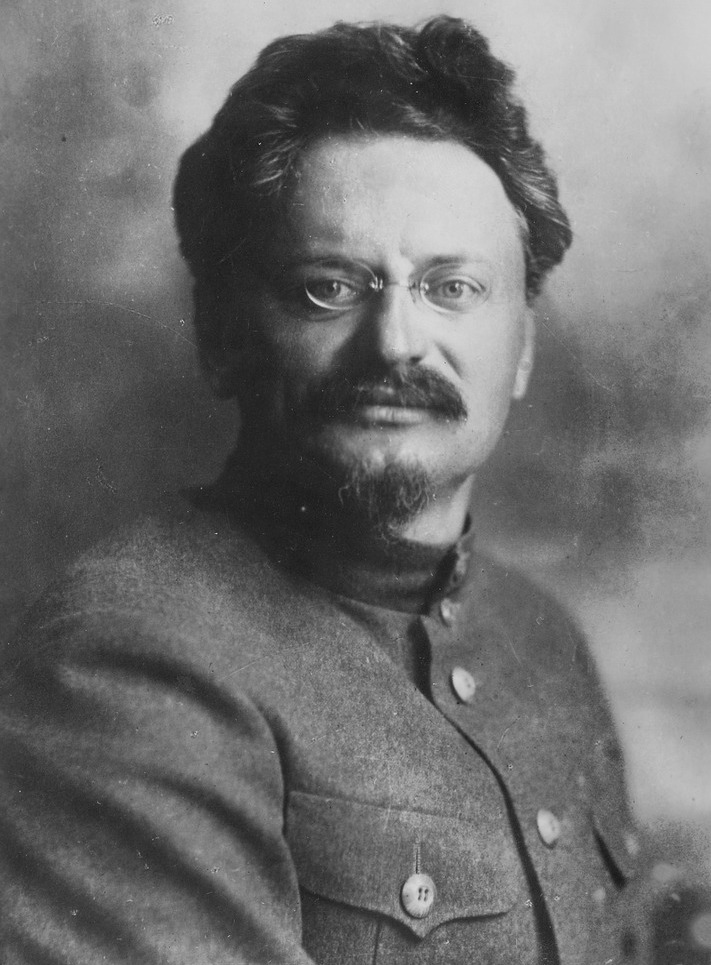 Born to a wealthy Jewish family in Yanovka (now Bereslavka, Ukraine), Trotsky embraced Marxism after moving to Mykolaiv in 1896. In 1898, he was arrested for revolutionary activities and subsequently exiled to Siberia. He escaped from Siberia in 1902 and moved to London, where he befriended Vladimir Lenin. In 1903, he sided with Julius Martov's Mensheviks against Lenin's Bolsheviks during the Russian Social Democratic Labour Party's initial organisational split. Trotsky helped organize the failed Russian Revolution of 1905, after which he was again arrested and exiled to Siberia. He once again escaped, and spent the following 10 years working in Britain, Austria, Switzerland, France, Spain, and the United States. After the 1917 February Revolution brought an end to the Tsarist monarchy, Trotsky returned from New York via Canada to Russia and became a leader in the Bolshevik faction. As chairman of the Petrograd Soviet, he played a key role in the October Revolution of November 1917 that overthrew the new Provisional Government.

Once in government, Trotsky initially held the post of Commissar for Foreign Affairs and became directly involved in the 1917–1918 Brest-Litovsk negotiations with Germany as Russia pulled out of the First World War. From March 1918 to January 1925, Trotsky headed the Red Army as People's Commissar for Military and Naval Affairs and played a vital role in the Bolshevik victory in the Russian Civil War of 1917–1922. He became one of the seven members of the first Bolshevik Politburo in 1919.

After the death of Lenin in January 1924 and the rise of Joseph Stalin, Trotsky gradually lost his government positions; the Politburo eventually expelled him from the Soviet Union in February 1929. He spent the rest of his life in exile, writing prolifically and engaging in open critique of Stalinism. In 1938 Trotsky and his supporters founded the Fourth International in opposition to Stalin's Comintern. After surviving multiple attempts on his life, Trotsky was assassinated in August 1940 in Mexico City by Ramón Mercader, an agent of the Soviet NKVD.}} Written out of Soviet history books under Stalin, Trotsky was one of the few rivals of Stalin to not be rehabilitated by either Nikita Khrushchev or Mikhail Gorbachev. Trotsky's rehabilitation came in 2001 by the Russian Federation. Provided by Wikipedia
1

The transitional program for socialist revolution
Including "The death agony of capitalism and the tasks of the Fourth International" By Trotski, Leon, Hansen, Joseph, Novack, George
Date 1974
monografie
Add to Favorites